With a different company! (Foursome + Loti.)

This bunch, on the other hand, love to take photos, of ourselves. Hahaha.

I told them how “Alishan” this place looks.

If you imagine it with cold weather, have la, a bit.

Nearing the puggol exit, Sel introduced us to a place that looks pretty photogenic.

Then we saw this big steps which inspired us to do…

Comparison to the original image for more LOL factor.

A not-so-morning cycling trip because I was overconfident that I’d get there super fast, and that Jo and YP would be late :\ Turns out, they waited about half an hour for me, and the moment I arrived panting, it started pouring. Their faces were super black and I felt so guilty.

We cycled with our might to find shelter and hide from the rain. Decided to settle down at Whisk and Paddle because it was the nearest and looks like a nice place to chill (still with their black faces btw).

Moments of awkwardness after, it was actually a prank! They weren’t angry at all. (I knew you guys wouldn’t be so petty hahaha.)

Yay I could eat brunch with smiley faces 😀 Phew.

Then to Coney Island when the sun came out.

Forced them to take a photo by asking someone to take one.

I prefer the inner paths than the main one.

The entire island was quite short – only 2.4km from end to end.

Exited from the Punggol side and rested.

Brought them to the look at Banglas’ dorms which I imagined were deserted zombie-filled buildings when cycled past at night some time ago, but they actually look so bright and colourful in the day!

And also to a nearby shipyard with no Ip Man.

Then three pigs went to gobble up some super shiok lala bee hoon at Ponggol Seafood before heading home.

Been over a decade since I crossed the shores to this island and we finally made it happened last Sunday, with my steady colleagues. Loti and I were the only two crazies who woke up at 5.30am to cycle all the way there, but bringing our own bikes felt really great. It was also my first (very noob) off-road trail. Nothing surprising, accident-prone me had two great falls wahahaha. Shag day.

That’s how my parents pronounce ‘USS’ (Universal Studios Singapore). Been talking about bringing them there for more a year, and finally an off in-lieu came in time. 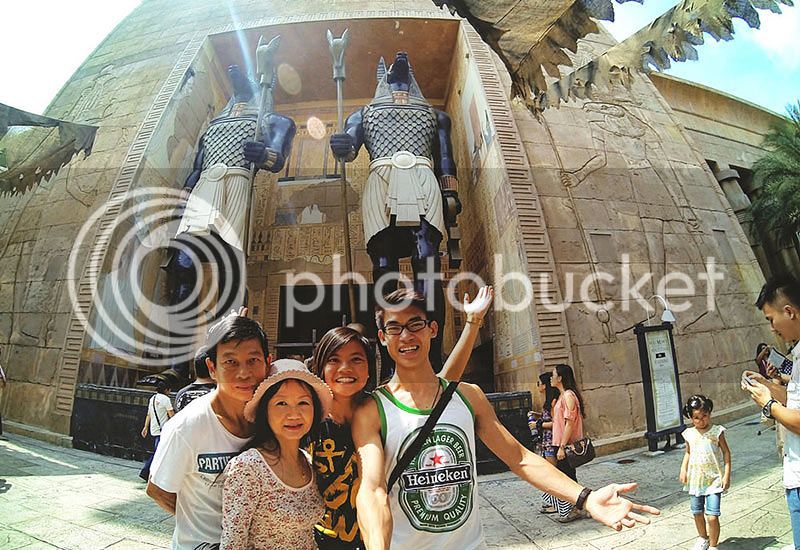 Tricked our parents to get on to the Mummy indoor roller coaster ride and they had a scare of their lives. *Evil laughs. 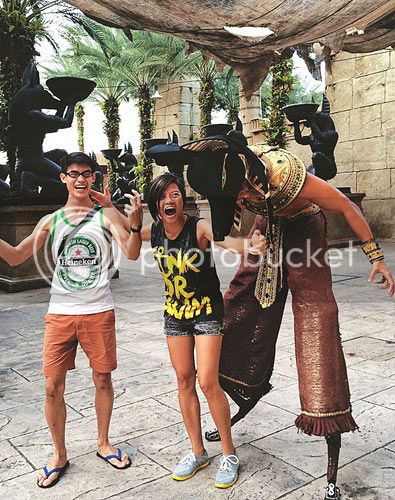 I was genuinely shocked when that guy suddenly swooped down to scare me lol.

Hopped to the S.E.A. Aquarium after. Bumped into bro’s friend who took us on a mini tour.

That’s not the actual face of a stingray but it looks super cute.

Us looking at the world’s largest aquarium (or not). 蓝蓝一片, can’t see shit in this photo hah.

I’m so glad that I made full use of my CNY off in lieu today by doing a string of activities with ma ladies.

Morning swim with Ash → squash when Lynn and Vin arrived → afternoon swim (again) → lunch at Robertson Quay using Entertainer app and bill amounted to only $31 for four (cheap thrill!) → coffee at Smitten → super impromptu trip to Sentosa Wavehouse ‘cos Gillian had discount → flowriding for an hour (but actual playtime for each person was less than ten minutes) → wasted trip to Buona Vista as the place we wanted to eat at was closed argh → Ash left → dinner at Lavender Food Square instead with Loti → reappearance of Ash ‘cos she forgotten her house keys.

Back to the main highlight.

Feeling ganchiong, humji, and suaku at the same time ‘cos it’s our first time at Wavehouse, despite it being opened for so long.

Took me a lot of falls and balls to finally stand up without support.. for four seconds. I think I fared the worst among everyone :\

But I had lotsa fun definitely. Felt younger and more alive too 😀

On a random note, I love the random backdrop that Lynn spotted then urged me over to strike a pose.

Backlog that goes all the way to half a year ago.

Shiok experience at The Cajun Kings. I love how barbaric one can dine over delicacies there.

Love coffee so we went for some coffee roasting workshop (not sure what it’s called) but I got so bored I almost dozed off. I’d rather spend $30 sipping six cups of coffee hahaha.

All the random shit I do with Loti. He is as childish, if not, “childishier” than me.

Made a fool of myself at Fullhouse Signature.

Food gorging day with Peimin to celebrate my survival.

Year-ends are always a reason to celebrate because of us! Heh.

Learnt of the term ‘low maintenance (LM) friends’ lately, and I’m glad I have these people around. It’s like you don’t have to meet often but once you do, you can always continue from where you left off.

Local food appreciation with the St John’s gang whenever Sock flies back from Africa. So exotica.

Ever wu xim Ah Yun and I love how she adds artsy filters to the photos before sending them to me. I used to be the one doing all the photo editing LOL.

Because whole live lobsters are going $30 each on Mondays.

The Day I First Lost My Phone

All thanks to all that running about during our company’s annual team bonding day. However, I was still kinda happy ‘cos my team (most unexpectedly) won!

Omg haven’t had the feeling of triumph in such a long time 😀 And to know that my team members were super nice to let me keep the winning vouchers to compensate for my lost phone just makes me so damn touched :’)

Hanged out with my creative team thereafter.

Had a glass each at Molly Roffey’s which we passed by randomly.

Heng didn’t vomit. Bill amounted to like $80+ among 6 people. Funny thing was, 4 of us girls went to Lady M to have desserts later and the bill beat the alcohol bill with a whopping $127+ (with all the added takeaways) LOL.

The away day same time last year was sucha dread. Totally felt like a complete loser and loner but I’m glad things are different now. This is by far the most attached I’ve felt to a company and the people I work with. Hard to come by in this industry and I know good stuffs don’t last, so I really treasure it. One of my personal mantra goes, “It’s the same shit everywhere. It’s just who you ta the shit with.”

First family outing where bro and I took parents out on our bikes. It was quite a sight and I can’t stand how terrorist looking my mum was.

This actually happened two months ago. Another backdated entry.

WTF in this case refers to ‘We’re the Furballs’ – a cafe in Katong where you pay to (get a drink and) play with their dogs. I think it’s kind is the only one in Singapore currently.

All of them have names and all very cute! 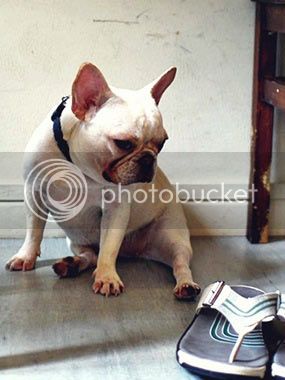 Bui Bui always look so emo, but he really grows on you over time.

One of the rare moments where mummy is actually seen touching pets. She tells us they’re dirty all the time and refuses to let us keep anything (though I think she secretly likes them).

I love the pomeranians best, but it’s so hard to catch them unless they fall asleep.

A day of wet wet and lotsa human beings two Saturdays ago.

Me at the Rainbow Reef with taken with gopro.

Basically you just snorkel one round to see fishes and corals in a man-made environment la. Satisfied my diving urge like 5%?

Vincent and Lynn. I played gooseberry that day. Loti was studying at home.

Prolly the only thing worth queuing up for was the Rainbow Reef. The rest of the rides were quite meh and have to wait like one hour. Fantasy Island (during our times) was so much better but apparently two people died in their rides, so now very kiasee, have to make sure all rides are “safe.” And “safe” = unfun.

Thankfully I didn’t have to pay ‘cos Lynn had extra free tix from her company. (XIE XIE LYNN!) Else I would’ve felt so ripped off hahaha. Entrance costs $29 and lockers cost $10 and $20 depending on sizes. Hello there, tourists!

I’m striking off the last item in my first 100-day plan – playing tourist in my own country. Just that I cut short the amount of days from two to one, because if anything more, I’d curse and swear about the weather and the cost of everything. I’m simply too Singaporean to be able to experience anything “new.”

I also used this “tour” as a birthday celebration for Loti, so there was a reason to splurge.